Charly Zastrau is a German pianist and arranger, based in the Netherlands and has worked professionally in the international music and theatre sector for almost two decades. 2017 has marked Zastrau’s 10th anniversary of his close artistic collaboration with Sven Ratzke, whose career he has accompanied as his exclusive pianist and musical director. Ratzke often referred to Zastrau as his musical conscience. Initially training as a classical pianist, Zastrau’s career was cemented after being awarded the renowned national youth talent Jazz competition “Jugend Jazzt”. Zastrau has become a highly sought-after musician and arranger, working in a wide range of musical genres ranging from modern/experimental music ensembles to jazz groups to pop acts and theater shows which sees him play with some of the finest musicians and artists in the world. The last two years Zastrau has been touring the globe with Ratzke’s critically acclaimed work, Starman.

Zastrau tours up to 48 weeks a year having become an established and in demand pianist and keyboarder, musical director, composer and arranger. This has seen him work in a wide range of musical genres ranging from modern/experimental music ensembles to jazz groups to pop acts including jazz saxophonists Tineke Postma, Francesco Bearzatti, Benjamin Herman, Trombonist Nils Wogram and classical singer Claron McFadden. He performed with a.o. New York Downtown Icons Joey Arias and Justin Vivian Bond, punk legend Nina Hagen, the Tiger Lillies and many more.

As a musical director and arranger, Zastrau was integral in Sven Ratzke realizing his vision to create an original and unique theatre style where inspiration is derived from Vaudeville, postmodern theatre and Weimar cabaret. Zastrau’s deftness and acuity allowed Ratzke to improvise, in and out of his entertaining and absurd storytelling which was underpinned by Zastrau’s expressive piano underscoring. His arrangements have been praised by the international press for their originality and deepness.

With Ratzke, Zastrau has worked on a total of 12 major productions, nine of which he has been musical director, arranger and collaborator. They have toured constantly together around the globe. He has co-produced six of Ratzke’s albums, where he had the privilege to arrange for and work with such outstanding musicians like a.o. Steve Elson (sax), dutch trumpet player Eric Vloeimans , and Claron McFadden (voc). He has also composed several Songs for Ratzke. Zastrau wrote arrangements for various ensembles ranging from small ensembles to orchestras.

The last two years Zastrau has been touring the globe with Ratzke’s critically acclaimed work, Starman (Winner Arts Award Voice Edinburgh). ‘Starman’ has been nominated in june 2017 for the prestigious australian Helpman Awards. 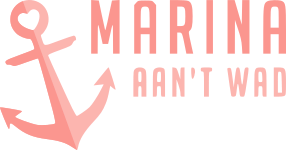